With Pride Month ending, we sometimes can forget where the community started, what it took to get our society to where we are today, and how far we still have to go.

Egyptian royal servants Khnumhotep and Niankhkhnum were buried together in a tomb. Outside was a depiction of them embracing and kissing with the inscription that translates to "Joined in life, joined in death." Many scholars agree that this is the earliest documentation of a same-sex couple. 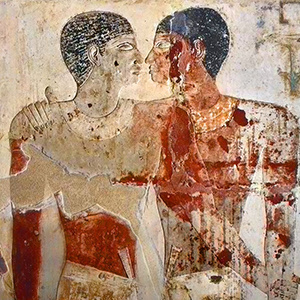 Archeologists discover an Etruscan tomb, which they named "Tomb of the Bulls", that held a depiction of sexual intercourse between a same-sex couple. 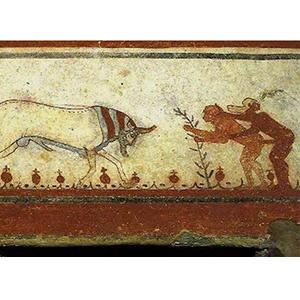 The Greeks assembled a group of 150 elite warriors known as the Sacred Band of Thebes. Not only were these men brought together because of their skills as warriors, but because they all had close, intimate relationships with each other as lovers. Many scholars have agreed that this deep bond they shared made them even more fierce in combat. They were revered and seemingly invincible for decades before they were defeated in the Battle of Chaeronea.

Roman Empire was created under the rule of Augustus. Same-sex relationships were common throughout the empire. This didn't change completely until Christianity was announced as the official religion of Rome in 381 AD.

Kalonymus ben Kalonymus, Provencal Jewish philosopher made the poem "On Becoming a Woman". This has been interpreted as a declaration of trans-female identity.

The Night Officials in Florence, Italy were established. This was the first organization in the world to prosecute sodomy. Over the next 70+ years, they arrested up to 10,000 men and boys (including Leonardo da Vinci) while only convicting roughly 2,000. 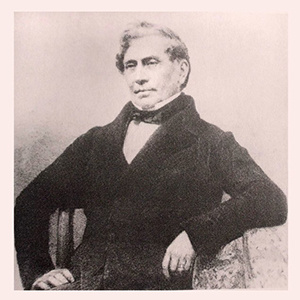 Karl-Maria Kertbeny coined the term "homosexual" in a series of writings to a German publisher. The term is created is still used to this day.

We'Wha, a Zuni Native American from New Mexico, is received by US President Grover Cleveland as the "Zuni Princess." We'Wha is most famous for Ihamana, a Zuni gender role, now described as Two-Spirit (or mixed-gender.) 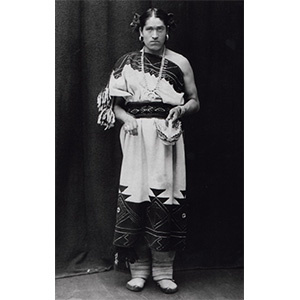 Alan Hart was a trans man who pioneered the use of x-ray photography in tuberculosis testing. Tuberculosis has virtually no symptoms in its early stages, so Hart's technique greatly reduced the death toll, saving thousands of lives.

Henry Gerber forms the Society for Human Rights. This is the first gay activist and gay publication in the United States. Unfortunately, the operation was quickly shut down.

Well of Loneliness by Radclyffe Hall is published. This brings the topic of homosexuality to the forefront of public conversation.

Lili Ilse Elvenes (also known as Lili Elbe) is one of the first recipients of gender affirmation surgery.

Christine Jorgensen is the first American who comes forward publicly about being transgender. Her story was featured on the front page of the New York Daily News, where she was able to establish herself as a public advocate for the trans community. 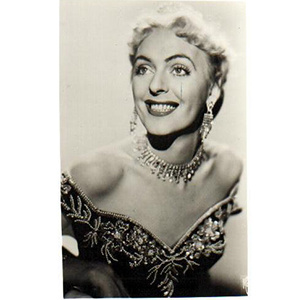 Illinois becomes the first state to decriminalize homosexuality. The following year, they repealed sodomy laws from their state code.

The first Gay Rights demonstration in the United States takes place on September 19th at the Whitehall Induction Center in New York City.

On June 28th, at the Stonewall Inn in New York City started the 4-day riots between members of the LGBT community. This is often thought of as the birth of the modern LGBTQ+ movement. 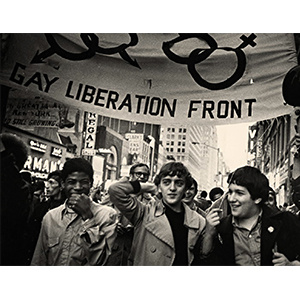 The American Psychiatric Association removes homosexuality from the list of disorders with an overwhelming 13-0 unanimous vote.

Harvey Milk is the first openly gay public official elected to public office in California. He was elected to the San Francisco Board of Supervisors.

Virginia Uribe begins Project 10, a program to support LGBT students in Los Angeles high schools. This quickly was adopted in the rest of the Los Angeles school district.

The first memorial for Nazi's gay victims was unveiled at Neuengamme Concentration camp.

Denmark is the first country to recognize same-sex unions. Though they did not legalize marriages, this was an important first step in recognizing relationships in the LGBTQ community.

Ellen DeGeneres and her TV character, Ellen Morgan, came out as a lesbian. This was the first major TV character to be played and portrayed as someone who is LBGTQ.

Simon Nkoli died from AIDS. He was the founder of the Saturday Group, the first black gay group in Africa. He had also led the first South African Pride Parade.

The Netherlands becomes the first country to legalize marriage within the LGBTQ community.

The United State Supreme Court overturns sodomy laws and decriminalizes "homosexual" behavior. The ruling stated that behavior between two consenting adults is considered private and freedom that can not be infringed upon.

Massachusetts is the first state that recognizes marriage in the LGBTQ community.

The Obama Administrations signs Matthew Shepard and James Byrd, Jr. Hate Crimes and Prevention act into law. This expanded on the 1969 laws to include victims who have been attacked backed on their actual or perceived sexual orientation, gender and/or disability. This is the first law to protect the people in the trans community.

Don't Ask, Don't Tell is repealed. This gave lesbians, gays, and bisexuals to openly serve in the community. However, the lift did not remove the ban on transgender people's ability to openly enlist and serve in the military.

The Supreme Court rules in Obergefell v. Hodges, that states are required to issue marriage licenses to all couples, effectively legalizing marriage within the LGBTQ+ community. While this decision rejoiced across the world, but there were (and still) are many who are reluctant to accept the ruling. Many counties in Texas, Alabama, and Kentucky stopped issuing marriage licenses altogether in response to the ruling. 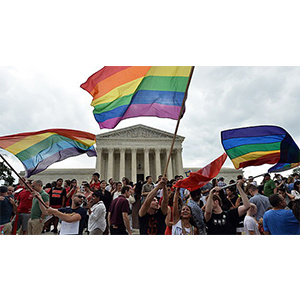 In this year, the United States also repealed their ban against transgender people openly serving and enlisting in the military.

That same year, the Trump Administration reinstated policies banning transgender people from openly enlisting and serving in the armed forces.

Though we have come a long way to understanding the multiple facets of the human experience, we still have a long way before we can become an open and accepting society.